Everything pointed to neon hues (think Barbiecore hot pink, neon green, and bright orange) being the next big item in fashion at the beginning of 2019. Many designers, like Balenciaga, Jacquemus, Off White, and others, debuted similar color palettes on their spring runways, and celebrities like Kendall Jenner, Rihanna, and Billie Eilish lent their support. While the style may not have taken off at the time, designers have continued to show neon clothing in subsequent seasons. Finally, all of that perseverance has paid off. It appears that neon green will join hot pink as 2022’s most popular shade.

You can name it whatever you want—neon green, lime, Prada’s fern green, chartreuse green, or yellow-green—but it’s the color of the season. Everywhere we look, from international runways to our favorite celebrities, the latest “it” color is being worn.

It’s no wonder that this phenomenon has suddenly become so popular. Fluoro green’s popularity has grown between the ’80s resurgence and the ’00s resurgence. In their 2022 collections, designers like Christian Siriano and Versace showcased neon green suits, gowns, and matching sets. Prada and Dior, for example, have introduced the hue in smaller pieces and accessories, such as handbags and shoes.

Fashion for men and women does not lag behind. Pierpaolo Piccioli, who is also largely responsible for the Barbiecore trend, used highlighter green in both of Valentino’s 2022 couture shows. While Dior, Louis Vuitton, and MSGM infused a dose of dopamine into the Spring/Summer 2022 menswear season with entire neon ensembles and accessories, including bags, sunglasses, hats, and sneakers.

Neon green is becoming increasingly popular outside of the world’s major fashion centers. Designers in other fields have made similar forays into colorful clothing. Iván Avalos, a prominent Mexican fashion designer, has been dropping neon hints since his ANNA Spring/Summer 2019 collection, which he just represented in a retrospective presentation at Intermoda. Natural elements are associated with the color green. “Neon green represents vitality and diversity to us,” the designer tells Teen Vogue. Avalos has followed suit with the trend, using chartreuse as a cosmetics accent in his most recent lookbook.

Stine Goya and Saks Potts both wore lime green ensembles to kick off their shows at Copenhagen Fashion Week Fall/Winter 2022. The first was a coat made of fake fur worn with black combat boots; the second was a halter top in lime green with blue slacks that paid reference to the decade of the 2000s. Similarly, Bondi Born showed their “Phosphor” Summer/Resort 2023 collection at Afterpay Australian Fashion Week, where the neon frenzy extended to jelly shoes by CHARLES & KEITH.

Naturally, the entertainment industry has also been quick to adopt the striking hue. After Beyoncé’s “verdant” David Koma dress at the 2022 Academy Awards, other celebrities have been spotted in similarly bright ensembles. Green is the new black for A-listers, as evidenced by the Balenciaga concert suit worn by Dua Lipa and the layered look worn by Keke Palmer.

Korean pop stars are included in this category as well. The members of NCT have shown that the group’s name (Neo Culture Technology) and official color (neon green) are more than just a clever pun (neo pearl champagne). NCT DREAM, a subunit of NCT, wore a variety of neon-core pieces in the music video for “Glitch Mode,” including a Stüssy jacket, an MSGM faux-fur coat, a pair of Louis Vuitton’s Ollie Richelieu sneakers, and a plethora of bright accessories. Prada’s ambassador and ‘neo,’ as the members of NCT are known, Jaehyun, is also an advocate for the movement. At the airport, the singer and actor carried a fern green tote bag that stood out beautifully against his all-black ensemble for his flight to Milan, where he would attend the brand’s Spring/Summer 2023 menswear show.

Although neon green may be giving Barbie pink a run for its money, many people still find the style offensive. Is there a simple way to add this vibrant color to our wardrobes? The most daring and adventurous among us might want to try their hand at duplicating one of the many all-green outfits seen on the runways. Take notes from Versace, Alexander McQueen, and Christian Siriano for an unconventional spin on power suits. You can take cues from the MSGM and Coperni runways if you’re hoping to join the Y2K revival by donning crop tops and miniskirts. Want to add some glitz? How to wear shiny neon green? Gigi Hadid shows us how.

We’ve searched the net and found these neon outfits at a very affordable price! 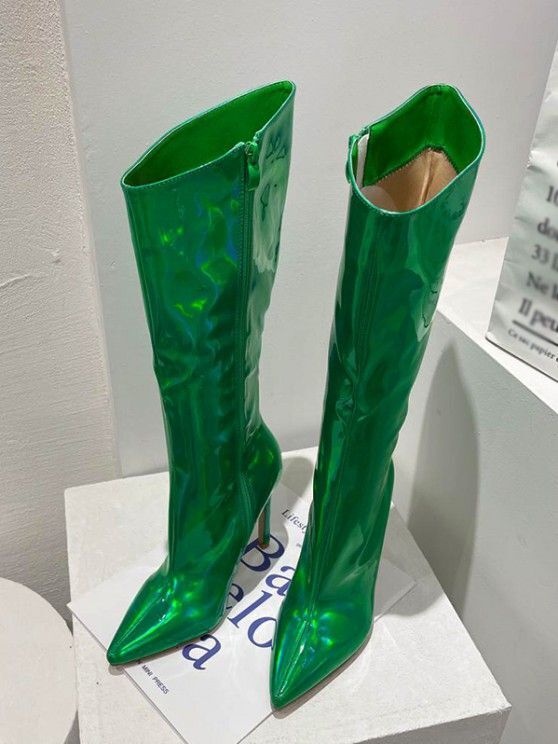 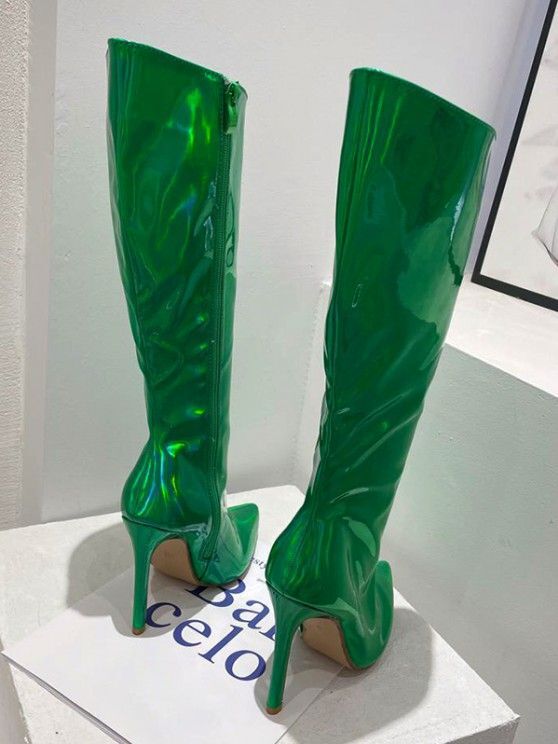 Whether you’re ready to commit to an entire wardrobe of neon colors or you just want to add a splash of color, don’t miss out on the chance to try out this growing color trend. Given how many designers have made neon green a staple of their collections, it’s easy to say that the future is bright.